The mining heritage of the Sulcis Iglesiente area 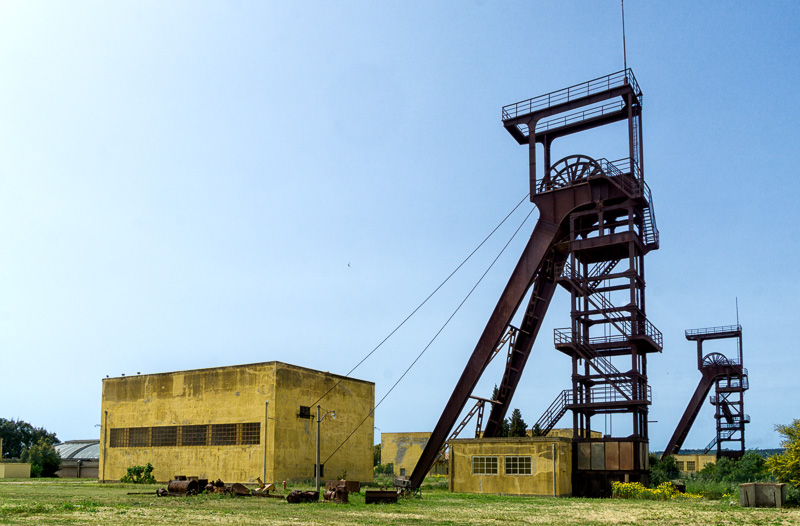 The mining industry went hand in hand with the development of the Sulcis Iglesiente territory from 1800 to 1980. Today it is easy to see the signs of its past, large buildings, galleries and digs that have changed the countryside and represent the history and mining traditions of the area. The rich heritage of its industrial archaeology, recognized as a UNESCO heritage, are included in projects for its reconversion and potential as a tourist attraction.

It is easy to get to 3 important mining sites which are part of the Geomineral Historical and  Environmental Park of Sardinia from the Sirimagus holiday farm: the Big Serbariu Coal Mine, the Port of Flavia and the Rosas Mine. 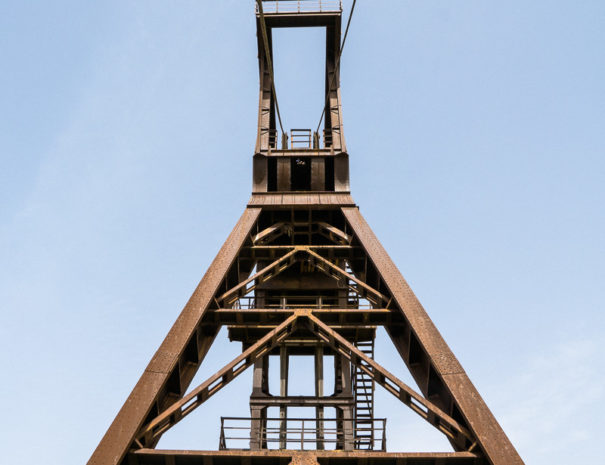 The Serbariu mine is less than 20 minutes drive from the Sirimagus holiday farm, on the southern side of Carbonia, not far from the centre of the town which was incidentally built around the mine.

It was the first modern coal mine in Sardinia including a large electricity central, two metal  frames for the extraction of coal at a depth of o over 100 metres, an efficient wash room and several galleries complete with modern systems, storerooms, offices and stockrooms.

In 1940 there were more than 3,000 workers, but during the second world war there was a drastic reduction in the production. After the war, productivity started up gradually, the number of workers increased, and the production improved notably, arriving at its maximum point in 1947.

At the end of the 1960s when the price of the Sulcis coal fell drastically, the crisis began to be felt and this led to lay offs and a drop in production. The mine ceased production in 1971.

The Serbariu mine (today the ‘Great Mine of Serbariu ‘) has been taken over by the Geomineral Park of Sardinia and has been proposed as a museum trail with guided tours on the surface and underground. At the moment its buildings host the Italian Centre for the Culture of Coal (C.I.C.C.).

To organize your visit to the mine visit the official website where you can find contacts, prices and times: https://www.museodelcarbone.it/images/lingue/CICC_English.pdf 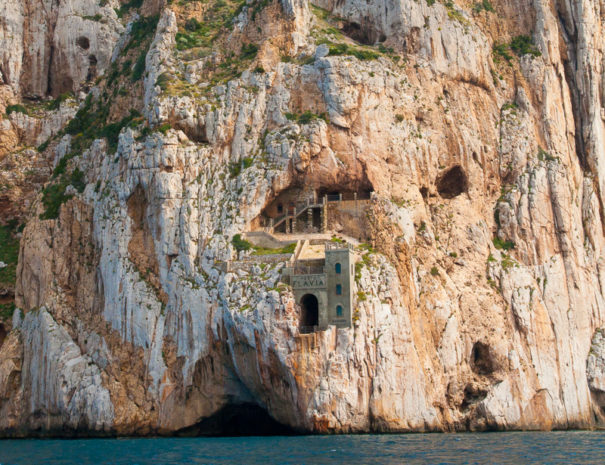 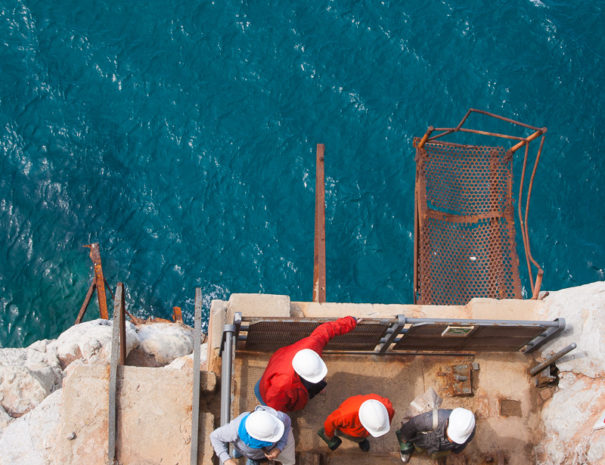 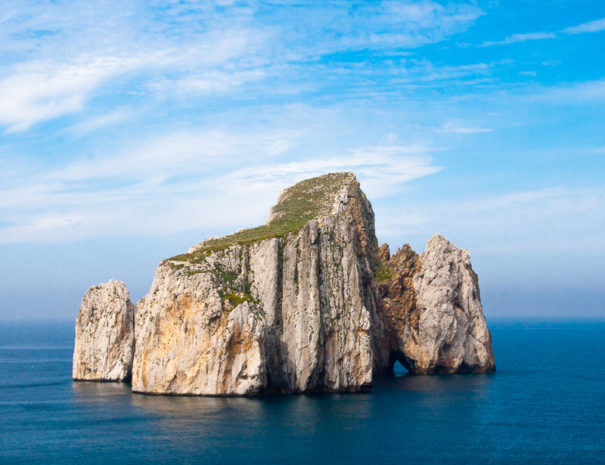 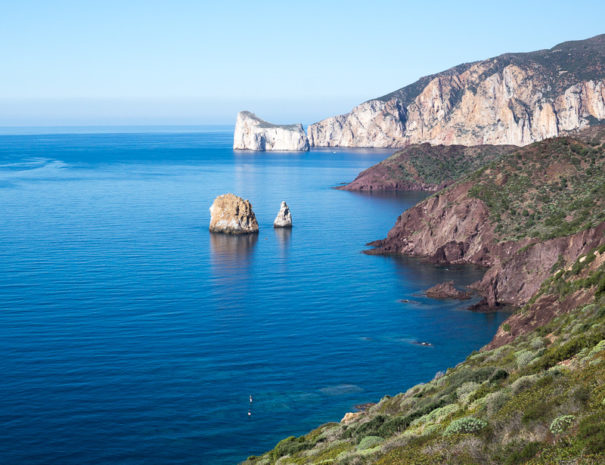 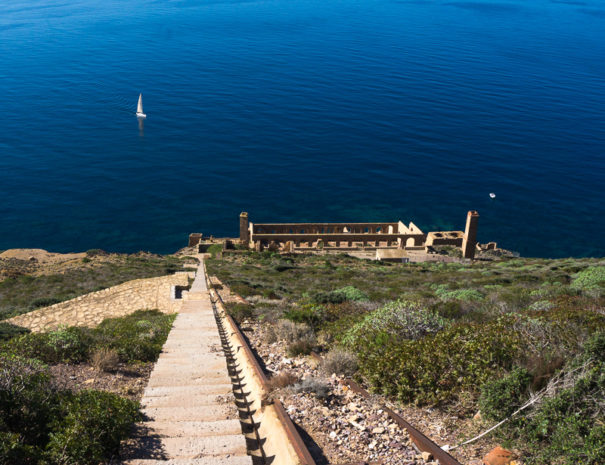 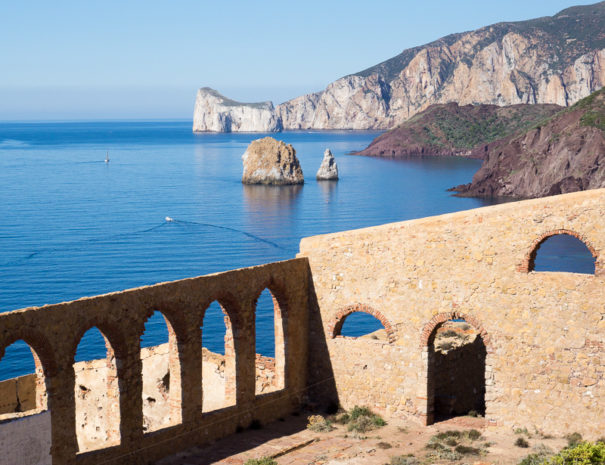 Porto Flavia is situated in Masua, a village near Iglesias, at about 40 km from the Sirimagus holiday farm. On the way there you will find yourself driving along one of the most beautiful stretches of road in Sardinia with an enchanting view of the sea. When you arrive at the beach of Masua continue driving along a dirt track until you reach the car park, where you will leave your car and walk a short distance while you admire the surrounding landscape as far as the entrance to the gallery.

The site was inaugurated in 1924 and was an important port which allowed the transportation and loading of the minerals from the mines through an extremely innovative system for that time.  A cliff railway from the first gallery from where the material was unloaded into large container which could contain up to 1,000 tons of minerals. The second gallery which opens up onto a sheer drop over the sea, allowed through conveyer belts, the loading of the minerals directly into the ship’s holds which were moored under the cliff. Designed by the engineer Cesare Vecelli, takes the name of his first born child Flavia. The site continued to be active until 1960.

Thanks to the guided tours you can go right through the gallery which terminates in a terrace over one of the most breath taking views in Sardinia overlooking the white sea stack of Pan di Zucchero (a natural monument) and deep blue of the sea. For more information visit or contact the tourist office in Iglesias.

On your way back I suggest that you stop off at the panoramic viewpoint of Nebida where you can admire another example of mining archaeology: the Lamarmora Laveria.

The Rosas Mine Ecomuseum is an important mining archaeological site with 150 years of extracting activity behind it. The site is in the territory of Narcao, 21 km from the Sirimagus holiday farm, about 25 minutes by car. The Rosas mining village is immersed in an environmental context characterised by great biodiversity made up of autochthonous and endemic fauna and flora.It is for this reason that it is considered an ‘Ecomuseum’ uniting mining history and the naturalistic value of the area.

Your visit to the site will include the discovery of the ‘laveria’ with its large presses for working the materials, from the Santa Barbara gallery where lead and zinc were extracted, along with that of the mining culture through the multimedia installations and other displayed exhibits.

For further information visit the museum official site and plan your trip: http://www.ecomuseominiererosas.it/

We use cookies to make sure you can have the best experience on our site. If you continue to use this site we will assume that you are happy with it.OkNoPrivacy policy
Dismiss cookie